Profi Kiel is a familiy company established more than 100 years ago – in 1898. Read here how the shop for handtrucks became the shop for house, garden and leisure that it is today.

On January the second Hinrich Kiel overtakes a mobile business from his father for 1,000 Reichsmark and becomes self-employed in the business for handtrucks on the station in Bordesholm.

1904
The oldest son, Hans Kiel, is born and will later become the new managing director. He undertakes an apprenticeship to become a hardware retale trader in Segeberg.

1949
Overtaking of the business by Hans Kiel

1969
Overtaking of the business by Hinrich and Hans-Wilhelm Kiel

1998
Jubilee festivities of 100 years of existence and the changing of managers to Thomas and Andreas Kiel as well as the expanding of the sales area.

2014
To guarantee our customers a wider and more professional range of products in a modern environment, we have decided in 2013/2014 to pull down the old building and build an all new shop at the same location. This way we ensure state-of-the-art shopping. 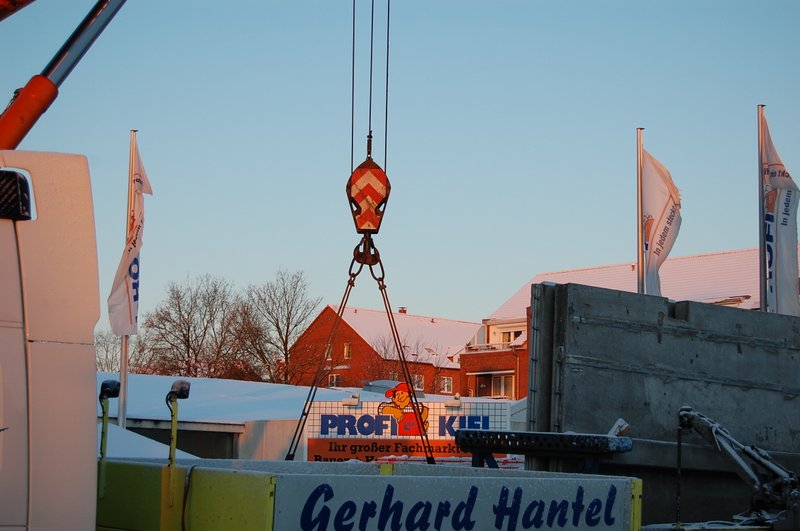 Now
The shop Profi Kiel offers a wide spectrum of products. You can find everything, from wood to building material, sanitary items and hardware up to the right tools for every use. 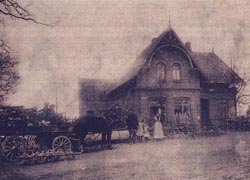 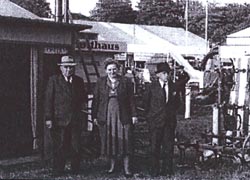 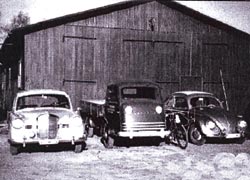 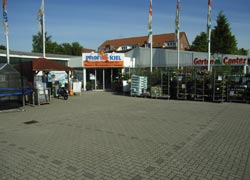 Competiton guardians wanted to stop the advertisement with the name:”Profi Kiel”

Bordesholm – This is a true story. It didn’t only happen in Schilda, but simultaneously in Bordesholm, Kiel and Hamburg. And it began on September, 11 in the year 1990

-Once upon a time… A business man in Bordesholm, not too far away from the metropole Kiel, was earning his money with selling pans and pots, wood and iron, lawn mowers and other useful devices for house and garden. To keep the business running, he was advertising his items in the newspaper.

Such an advertisement another business man must have read. One in Kiel. And he notices that the business man from Bordesholm is advertising with the name “Profi Kiel”. That isn’t right, he thought, that the competitor is using the good and attractive name of his city in his company name. “I will show him the rules”, he tought and calls the Centre for Protection against Unfair Competition in Hamburg. They do share the indignation of the business man from Kiel and write a long and angry letter to “Profi Kiel, At the station, 2352 Bordesholm”.

“You are advertising”, so the business man from Bordesholm had to read, “with the name ‘Profi Kiel’. We must remind you that you hereby violated the ban on misleading of § 3 of the Law Against Unfair Competition and thus act anti-competitively. ” The business man is startled: “What did I do wrong?” Without looking up, he continues on reading: “The name of your company with the geographical add ‘Kiel’ is deceptive, as you without a doubt, do not have your establishment in the attractive city Kiel, but in the more than 30 kilometres distant Bordesholm, a small town in Schleswig-Holstein.” The sweat is running down his face, when he ultimately had to read: “We are giving you the opportunity to set this violation of law out of court and call on you to sign the attached desist letter.” Violation of law?! ‘What did my parents do to me’, he thinks. ‘How is it my fault, that my name is Kiel, my parents and my grandparents too, and…’ But then, he is looking at the desist letter. 4000 DM he has to pay, if he would dare to further call his company “Profi Kiel”. And 246,10DM he has to pay in any case for the case, as of the work of the center for protection against unfair competition has put into this case.

The business man is calming down, and dictates his secratary the following reply to Hamburg: “Dear Sirs or Madams, we would hereby like to inform you, that we will further advertise with the name “Kiel”. I was born with the last name “Kiel” and I do not have the intention of changing this due to some laws against unfair competition. Yours sincerely, Hinrich Kiel”.
Our little story come to an end with this. The Centre for Protection against unfair competition was embarrased, the precocious business man from Kiel is hopefully still ashamed…